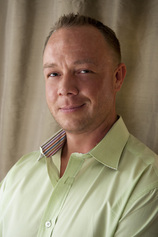 Stefan has been a leader in the community and now a public voice through experiencing the heartbreaking disease that his thirteen year old daughter had to endure.

Stefan has initiated the start of Cancer Response Team, Inc. to help families cope and to give hope after receiving a diagnosis that their child has cancer.  He understands the emotional and physical pain that is experienced by the entire family when a child is diagnosed with cancer.  Every individual deals with circumstances and situations in different ways, but experiencing that moment of terrifying shock, feeling of helplessness and disbelief that comes with a cancer diagnosis is indescribable, and something that no family should have to endure.

Before Stefan’s daughter, Ashley, passed from astrocytoma brain cancer, he made a promise to Ashley and committed that he will do everything in his power to help make a significant change for families whose children are affected by cancer. 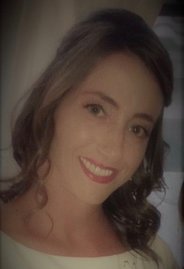 Tara is happily married to her husband, Steve, and is the mother of three daughters.  She recently became a stay at home mom after a 15 year career in consulting with a background in program, project and organizational management.  Her family lives in Scottsdale, Arizona.

Tara now enjoys spending her time volunteering at her daughters’ school, primarily in her role as the Art Masters Program Director.  The program provides art enrichment lessons and activities to over 400+ children, enabled by 15+ volunteer teachers.  When not at the school she also enjoys building her skincare business, Pilates, long walks with her dog Gracie and volunteering.
​
She was an original CRT board member and is thrilled to be back as of February 2017 to serve as the Chief Operations Officer.  She is passionate about supporting families of children with cancer that wish to seek alternative or integrative treatment options often not covered by insurance.  These families deserve the opportunity to explore a variety of ways to treat this awful disease while experiencing some relief from the coinciding financial burden.

Jared joins the Cancer Response Team with a financial background in banking & financial services combined with involvement in children's non-profits specifically in San Francisco and Phoenix. He is ecstatic to bring his traditional finance experience plus some creative ideas to help grow the CRT family!

Currently, Jared manages the finances and investor relations efforts for Advisor Group, a Phoenix based financial services company. Previously, he worked for Charles Schwab where he was involved in treasury, finance, and brokerage. Jared worked with two non-profits in the San Francisco region focused on teen leadership and foster care. He participates as a member in the Phoenix 20-30 Club that raises funds for local children's charities and hosts quarterly events with the Boys and Girls Club.

Jared earned his Master's in Global Management from Thunderbird Mgmt School and his Bachelor's in Mathematics from the University of Arizona. He is a husband and new father to a beautiful little girl. He grew up in Iowa but has been in Arizona for most of his life aside from a couple stops in Portland and San Francisco. He enjoys playing golf, traveling, and enjoying the outdoors.

Christina joins the Cancer Response Team with a strong background in marketing, art, and hospitality. With a passion for connecting with and helping others, she is thrilled to be part of CRT and excited for the future of the organization.

​She is an ASU graduate, a wife, a mother to a son and a daughter, has two pups: a girl named Cherry Rainbow and a 3-legged boy named Klark. An Arizona native, Christina once called Boston home for a few years and was happy to return to the desert where hiking trails, art studios, and homes with backyards are abundant. 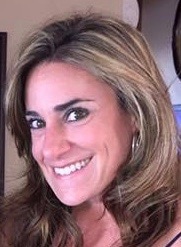 Lindsey has such a caring heart for children and has been a big influence for Cancer Response Team, Inc. She has such a tremendous passion for helping families who are going thru a difficult time. She has executed several successful fundraisers to help families who have a child with cancer.  If you have not met Lindsey, you will love her from the first time you meet her.

Lindsey’s background has been in the hospitality industry and has also worked in the banking industry for several years.
She feels privileged and honored to be a part of Cancer Response Team, Inc. and she truly believes that every individual ​should have the choice to pursue any treatment option they wish when being presented with a cancer diagnosis.
We appreciate the many hours and dedication that all of our Board and Team Members, past and present, have contributed to Cancer Response Team. We could not have made the strides of progress without each individual's amazing contribution.
Thank You.
Scott Manson - Chief Financial Officer
​April 2018 - June 2020