February 19, 2022
Champ Event/ Tempe, Arizona
Cancer Response Team joined CHAMP 5K, along with over 2,000 attendees and more than 20 non-profit organizations for the annual collaborative childhood cancer event to raise awareness, funds and to educate our childhood cancer community.
​September 23, 2021
Awards Night
It was such an honor to attend and receive an Award at the "2021 Awards Night" hosted by the Phoenix 20-30 Club.
​Thank you for giving Cancer Response Team the opportunity to expand our reach and make a difference in another child’s and their family’s lives.
September 14, 2021
Farmers District 24 Annual Bowling Event
It was such an honor to participate in the Farmers District 24 Bowling Event.  We had a lot of fun and wanted to thank all participants that contributed to the event.  On behalf of all members of our board of directors, we thank you Farmers Insurance District 24 for organizing this great event and choosing CRT to raise funds for.
April 1, 2021
​Fundraiser in Memory of Lydia
Lydia is one of the children CRT was able to support thanks to the generosity of our donors.
On April 1st, 2021, her mom and this lovely little girls’ dress store, Alice & Ames partnered on an initiative that has warmed our hearts. The proceeds of every sale that was made within 24 hours was donated to CRT.

We received such an overwhelming and incredible donation from Alice + Ames and we have no words to thank them enough. We're in awe of your kindness and wonderful hearts, and wish you receive an abundance of love in return of this amazing gift you shared with us. This donation will allow CRT to help many more warriors who are battling cancer, and the overwhelming amount of dresses purchased represent a big dose of hope to these children families.
THANK YOU! 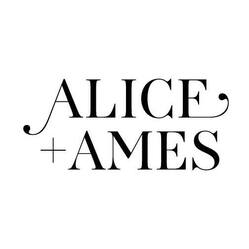 October 19, 2019
Sharing our mission at the Autumn Festival in Anthem, AZ.
October 17, 2019
Ice Cream Social at Cold Stone Headquarters in Scottsdale, AZ
​Like It, Love It, Gotta Have It!

October 6, 2019
11 year old Lizzy teamed up with our Chief Operations Officer, Tara Gollihugh, along with family and friends to participate in the Batman experience at the Colten Cowell Foundation. We are so grateful for the generous donation the Colten Cowell Foundation gave us to help with our families who are in need!
​Thank you!
September 18, 2019
David Gould and his incredible team from Farmers Insurance sponsored Cancer Response Team at their 5th Annual Charity Bowling Tournament in Tempe, AZ and raised $2,400 for CRT!
Thank you David and your entire team for allowing us to continue our mission to help children fight cancer.

September 14, 2019
Cancer Response Team joined September CHAMP 5K, along with over 2,000 attendees and more than 20 non-profit organizations for the annual collaborative childhood cancer event to raise awareness, funds and to educate our childhood cancer community.
June 28, 2019
CRT-Team-Building Event at Top-Golf in Scottsdale, Arizona
We were so happy to get our group together and celebrate life, health, our team, and our community.
It’s safe to say we’re better at helping families than we are at golf!
March 16, 2019
Cancer Response Team joining Children's Cancer Network to support Run to Figh Children's Cancer.
December 16, 2018
6 year old Zaliyah teamed up with our Family Outreach Officer, Scott Chaverri, along with family and friends to participate in the Batman experience at the Colten Cowell Foundation. We are so grateful for the generous donation the Colten Cowell Foundation gave us to help with our families who are in need!
​Thank you!
Photo Credit: Colten Cowell Foundation
December 15, 2018
Thank you to the students and parents at Scottsdale Country Day School K-8 in Scottsdale, AZ for making blankets for Phoenix Children's Hospital. 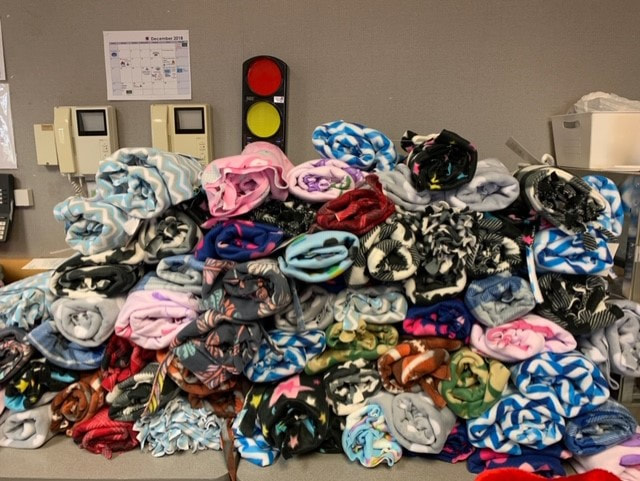 October 29, 2018
​Cancer Response Team was invited to tour Tgen, a local non-profit Biotech here in Phoenix, AZ.
They are doing some exciting things on liquid biopsy and we look forward to an announcement very soon that could help our children battling cancer. 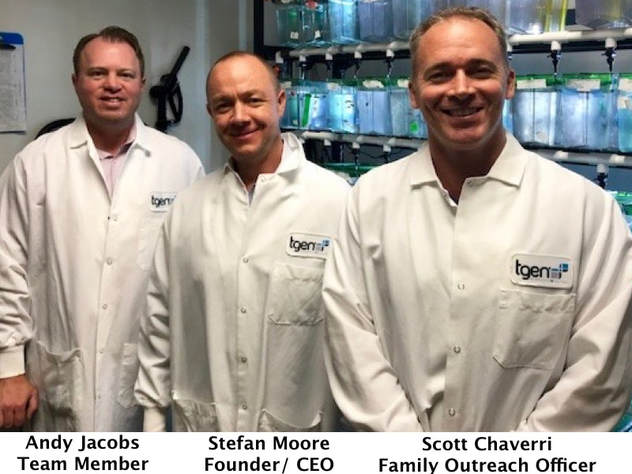 - June 2015 -
Cancer Response Team, Inc.
Presents
Golf Charity Event at Proswingz in Phoenix, AZ.
- March 2015 -
CRT Members Running the Obstacle Course and Raising Awareness
at Tough Mudder in Phoenix, AZ.
- October 2014 thru January 2015 -
Connor Raising Awareness and Donations for Cancer Response Team, Inc.
Connor's Story:
​Connor Harris from Arizona, a talented 13 year young hockey goalie for the “Flagstaff Northstars”, had a project he has to complete that involved in helping the community. His desire is to bring awareness out to the public and helping children who have been diagnosed with cancer.
We are honored that this young man of only 13 who has such a caring heart, wants to make an impact on children's lives and we are truly thankful for him.
Here is a letter from Connor asking for help and what the reason for his fundraising was.

"Hello. This is Connor Harris.
I am having a Bar Mitzvah that is coming up soon. And with that, I have to do a project that helps the community. My friend from back in preschool had a sister (Ashley Moore) that recently died of a brain tumor when she was only 13 years old. Her dad promised Ashley that he was going to start a charity that raises money for kids with cancer who want to try alternative treatments. And for my project, I have decided to help out his charity.
His charity is a 501c3. It is called Cancer Response Team (CRT). The website for his charity is www.cancerresponseteam.org
I am going to do this by getting pledges from different people that we know, to donate a certain amount of money for each save I make for ten games (30 periods). We will keep track of my saves for the ten games and then collect the money at the end and give it all to CRT. But if you only want to donate a certain amount of money, we can put a maximum amount of dollars of your choice on it.
Thanks a lot! Connor Harris"
- September 2014 -
Cancer Response Team, Inc.
Presents
Ice Skating Event at Ice Den in Scottsdale, AZ.
- December 2013 -
Cancer Response Team, Inc. Raising Awareness
at "​Iron Women" in Fountain Hills, AZ.
- July 13th, 2013 -
Cancer Response Team, Inc.
Introducing
Pre-Launch & Celebrating Ashley's Life
Celebrating Ashley Marie Moore, who received her wings at a young age of only 13.
Family and friends came together to celebrate Ashley's live on her birthday, July 13, 2013 (She would have turned 14).
Together, we celebrated Ashley's amazing life and our first official pre-launch for CRT!
Cancer Response Team, Inc. is Ashley's legacy that will live on through every child and the lives of every family that it touches.